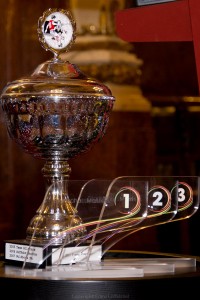 The StartschussMasters, hosting 16 teams from all areas in Germany and some european countries, is one of the largest gay football tournaments in germany. The indoor tournament has prominent supporters: In the past years, representatives of the Hamburg Bundesliga clubs, the regional football association and politicians have been special guests at the award ceremony. Patron is the member of the Hamburg state parliament, Farid Müller.

The StartschussMasters has become a kind of tradition in the gay tournament schedule, taking place always on the first weekend of November. Since 2005 there has been a tournament each year – with few exceptions: in 2015, when Hamburg hosted the IGLFA European Championship, and during the COVID outbreak 2020/2021

Your host is Startschuss SLSV Hamburg, with more than 750 members one of the largest gay/lesbian sports clubs in germany (founded 1990).